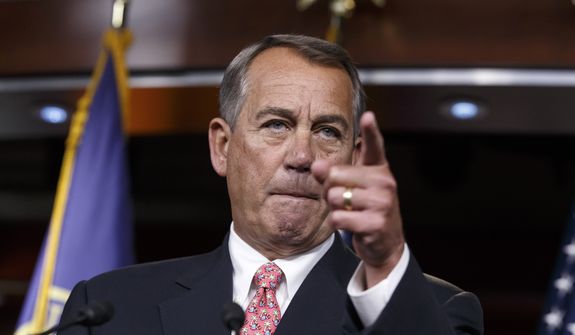 A last-minute plea from President Obama and fatigued GOP leaders overcame rebellions from both conservatives and liberals, clearing the $1.1 trillion spending bill through the House on Thursday in a dramatic late-night vote.

Democrats huddled for more than three hours, and were visited by White House Chief of Staff Denis McDonough, who defended the deal just hours after House Minority Leader Nancy Pelosi had publicly trashed it, accusing Mr. Obama and the Senate Democrats who negotiated it of caving to “blackmail.”