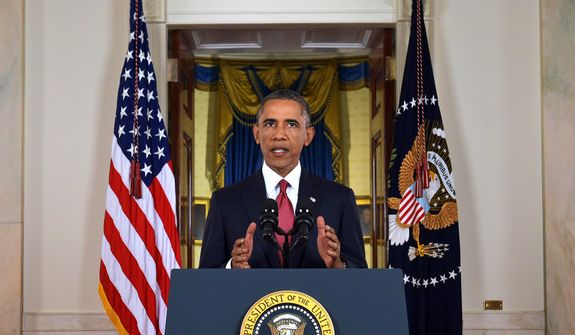 “If left unchecked, these terrorists could pose a growing threat beyond that region — including to the United States,” Mr. Obama said in a prime-time address from the White House. “We will conduct a systematic campaign of airstrikes against these terrorists.”

The president ordered another 475 military advisers to Iraq, on top of 300 advisers he sent there in June and 130 U.S. personnel he sent last month to aid in a humanitarian mission.