2020 Democrats call for Kavanaugh to be impeached 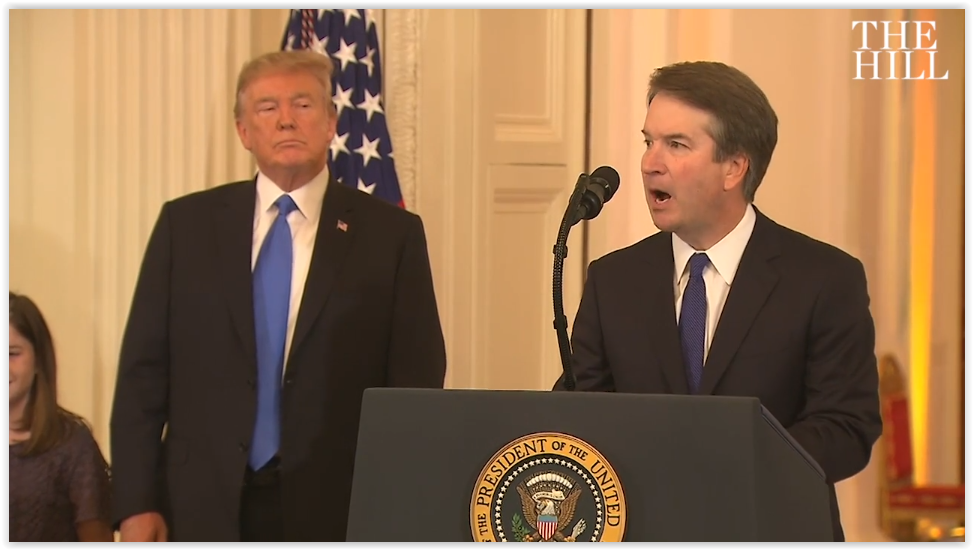 Democratic presidential candidates on Sunday called for the impeachment or investigation of Supreme Court Justice Brett Kavanaugh after newly reported allegations of sexual misconduct against him in The New York Times.

The outlet reported late Saturday night that a male former classmate claims to have witnessed Kavanaugh expose himself at a party, where friends pushed his genitals against a woman without her consent.

Sens. Bernie Sanders (I-Vt.) and Amy Klobuchar (D-Minn.) both called for further investigations, and in Sanders’s case the use of an “appropriate constitutional mechanism to hold him accountable.”

Biden told Axios in a statement that “we must follow the evidence to wherever it leads,” adding, “Doing this the right way is critically important in getting the truth and restoring the American people’s faith in their government.”

The latest allegation by nonprofit owner Max Stier, which had not previously been made public, was reported to the FBI during Kavanaugh’s Supreme Court confirmation process last year but was not investigated by the FBI.

That process was especially controversial because of the multiple sexual misconduct allegations against Kavanaugh.

The confirmation process included testimony from Christine Blasey Ford, who accused Kavanaugh of sexual misconduct, but after a short investigation, he was ultimately confirmed by a razor-thin 50-48 margin in the Senate.

The new details in the Times report have lead to calls to impeach Kavanaugh from several Democrats, many of whom opposed his nomination in the first place.

Several of Kavanaugh’s supporters have come to his aid in light of the recent allegations.

“Now the Radical Left Democrats and their Partner, the LameStream Media, are after Brett Kavanaugh again, talking loudly of their favorite word, impeachment,” he tweeted. “He is an innocent man who has been treated HORRIBLY. Such lies about him.”

Sen. Ted Cruz (R-Texas) also called out The New York Times over the report and said that “this article just shows the obsession with the far left with trying to smear Justice Kavanaugh by going 30 years back with anonymous sources.”

Kavanaugh has vehemently denied the previous allegations against him, and he declined to answer questions about the new allegations to the Times on Saturday.

In their calls for impeachment, Castro and O’Rourke both argued that the allegations confirm Kavanaugh lied under oath about not committing sexual assault.

While Sanders did not use the word impeachment, he also mentioned Kavanaugh allegedly lying during the confirmation process.

He also said the justice “should never have been nominated” because of siding with “with corporate power and Wall Street.”

Harris and Warren both slammed the confirmation process as illegitimate and denied it was an exoneration of Kavanaugh’s conduct.

Buttigieg claimed that the GOP majority in the Senate “curtailed the FBI investigation.”

Klobuchar said access to the investigation documents of the newly revealed allegation is a prerequisite to considering impeachment proceedings.