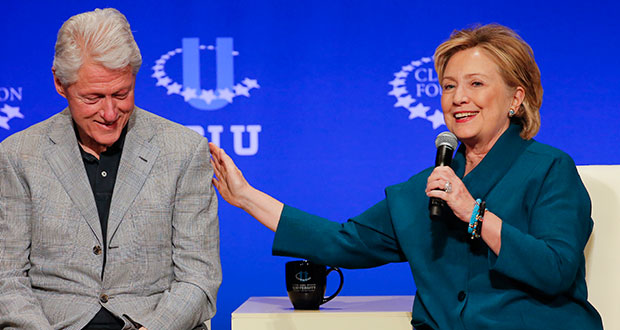 Clinton’s presidential campaign reported the income in a personal financial disclosure report filed with the Federal Election Commission. The report, required of every candidate for the White House, also shows Hillary Clinton earned more than $5 million from her 2014 memoirs, “Hard Choices.”

The details of the report were described by a Clinton campaign official who spoke on condition of anonymity in order to discuss a report not yet publicly available from the FEC. The report was expected to be released publicly later Friday.