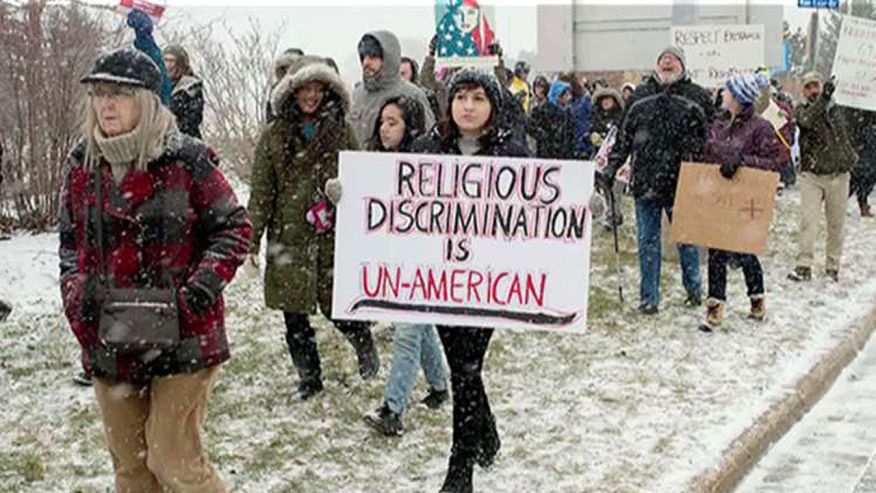 President Trump’s revised travel ban was put on hold Wednesday by a federal judge in Hawaii just hours before it was set to take effect after hearing arguments that the executive order discriminates on the basis of nationality.

Trump addressed the judge’s move during a rally in Nashville, Tennessee calling it “unprecedented judicial overreach” and vowed to fight.

The ruling by U.S. District Court Judge Derrick Watson prevents the executive order from going into effect, at least for now. Hawaii had requested a temporary restraining order.

112 Comments - what are your thoughts?