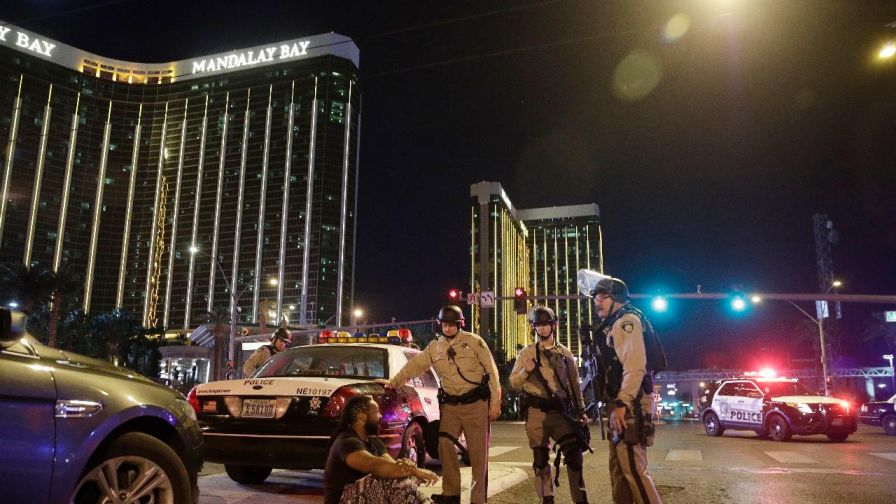 A gunman turned a Las Vegas concert into a killing field Sunday night from his perch on the 32nd floor of the Mandalay Bay Resort and Casino, using at least 10 guns to rain down a steady stream of fire, murdering at least 58 people and injuring more than 500 others in the deadliest mass shooting in modern United States history.

The suspect, who died of a self-inflicted gunshot wound, was identified as 64-year-old Stephen Paddock, a resident of Mesquite, Nevada. Police initially sought a woman believed to be Paddock’s roommate, Marilou Danley, as a “person of interest.” Detectives later made contact with her, and “do not believe she is involved with the shooting on The Strip.”

Clark County Sheriff Joseph Lombardo said an “excess of 10 rifles” were found in the room, but did not immediately reveal a motive. Paddock had been in the hotel room since September 28, according to Lombardo.

Authorities said two on-duty Las Vegas Metropolitan Police Department officers were injured during the shooting. One is in stable condition after surgery, and the other sustained minor injuries. Two off-duty police officers attending the concert were killed.