6 Enrollees on the First Day of Obamacare? 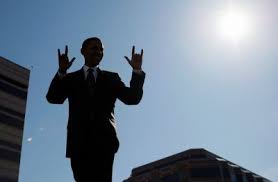 WASHINGTON – For 31 days now, the Obama administration has been telling us that Americans by the millions are visiting the new health insurance website, despite all its problems.

But no one in the administration has been willing to tell us how many policies have been purchased, and this may be the reason: CBS News has learned enrollments got off to an incredibly slow start.

Early enrollment figures are contained in notes from twice-a-day “war room” meetings convened within the Centers for Medicare and Medicaid Services after the website failed on Oct. 1. They were turned over in response to a document request from the House Oversight Committee.

The website launched on a Tuesday. Publicly, the government said there were 4.7 million unique visits in the first 24 hours. But at a meeting Wednesday morning, the war room notes say “six enrollments have occurred so far.”

They were with BlueCross BlueShield North Carolina and Kansas City, CareSource and Healthcare Service Corporation.