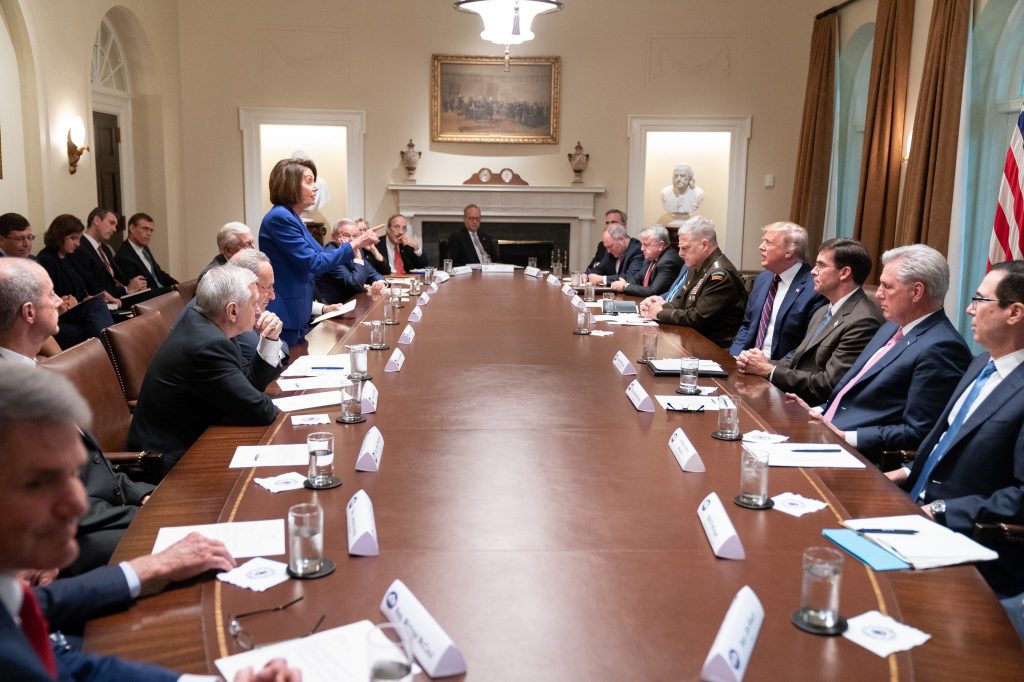 Speaker of the House Nancy Pelosi received rave reviews from Democratic lawmakers and liberal journalists after she posted a photo of herself standing and wagging her finger at President Trump during a national security meeting.

Pelosi, 79, is said to have abruptly walked out of the meeting after disagreeing with Trump and claimed he had exhibited signs of emotional instability. Statements from the White House disputed her claim, saying it was Pelosi that had behaved badly. “The President was measured, factual and decisive, while Speaker Pelosi’s decision to walk out was baffling, but not surprising,” said White House spokeswoman Stephanie Grisham. “She had no intention of listening or contributing to an important meeting on national security issues.”

The president posted the photo of Pelosi angrily pointing at him on Twitter a short time later, with a caption that said, “Nervous Nancy’s unhinged meltdown!” The House speaker, who had called Trump’s behavior a “meltdown” and expressed concern for his mental health, then re-posted the photo herself.

The veteran California lawmaker then made the photo the banner image on her official Twitter account, which drew the attention of her supporters. “This is a photo of a powerful woman standing up to the president,” said liberal political writer and founder of ThinkProgress Judd Legum.