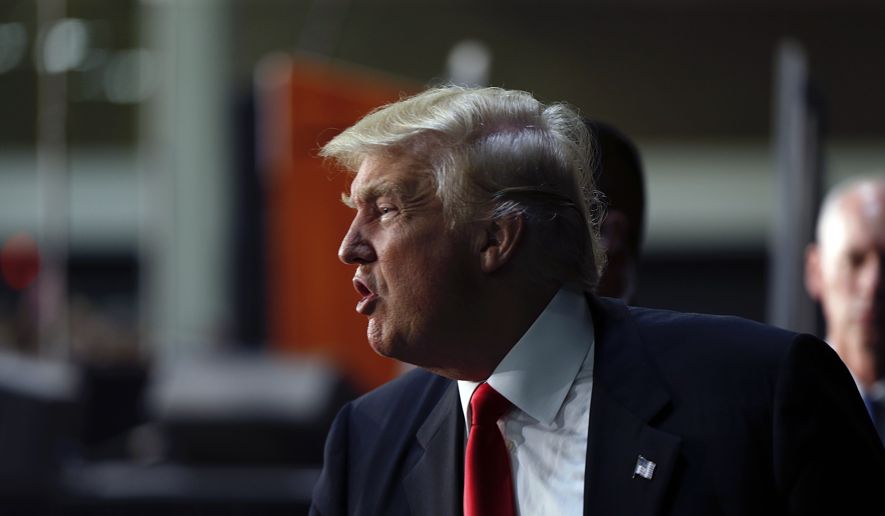 CHARLOTTE, N.C. — In a highly uncharacteristic move aimed at resetting his struggling campaign, Donald Trump has said for the first time that he regrets some of the caustic comments he’s made that may have caused people pain.

“Sometimes in the heat of debate and speaking on a multitude of issues, you don’t choose the right words or you say the wrong thing. I have done that,” the GOP nominee, reading from prepared text, said at a rally in Charlotte, N.C. Thursday night. “And believe it or not, I regret it — and I do regret it — particularly where it may have caused personal pain.”

Trump didn’t specify what comments he was referring to, but he added that, “Too much is at stake for us to be consumed with these issues.”

It was a rare admission for a man who has said that he prefers “not to regret anything” and it underscores the dire situation he finds himself in. With just 80 days left until the election, Trump is trailing Democratic rival Hillary Clinton in preference polls of most key battleground states. At the same time, party leaders have conceded they may divert resources away from the presidential contest in favor of vulnerable Senate and House candidates if things don’t improve.

The remarks came a day after Trump announced that he was overhauling his campaign operation, bringing in a new chief executive and appointing a new campaign manager. Rarely do presidential campaigns wait to advertise, or undergo such leadership tumult, at such a late stage of the general election.