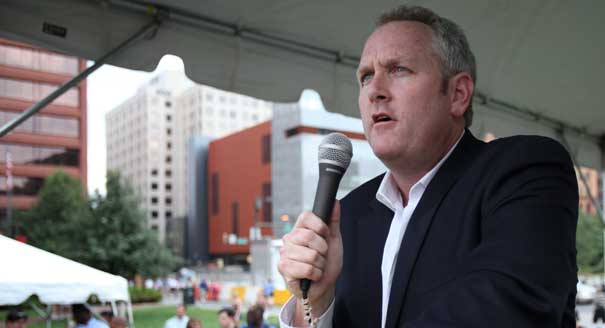 Conservatives took to Twitter and blogs Friday to remember Andrew Breitbart, the right-wing commentator and activist who died a year ago of heart failure at the age of 43.

â€œAndrew was my shade,â€ recalled conservative radio host Dana Loesch, in an interview with RedState.com. â€œHe would walk through the fires of hell holding gas cans for you. He didnâ€™t believe in needlessly sacrificing our own to satisfy the left. He never left anyone behind. He didnâ€™t sweat the small stuff. He was my friend and I miss him.â€

â€œThinking of dear friend & lover of freedom & liberty @AndrewBreitbart. He lives on in hearts & minds & is 4ever an inspiration. #breitbart,â€ tweeted Amy Kremer, chair of the Tea Party Express.