Action on guns and immigration screeches to a halt in Congress 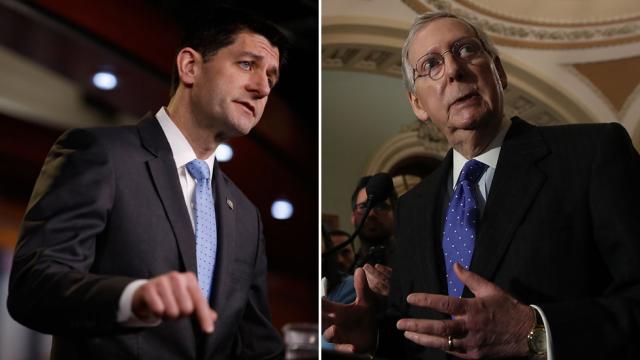 Legislating on Capitol Hill is quickly screeching to a halt, despite loud calls for action on guns and immigration.

Even as student survivors of last month’s mass shooting at a Florida high school clamor for action on gun control and young “Dreamers” converge on Congress to protest their possible deportation, Republicans in the House are pivoting to messaging bills and away from the hot-button issues that have dominated the first two months of the year.

Senate Majority Leader Mitch McConnell (R-Ky.) signaled that his chamber would not take up gun reform this week. Instead, the Senate will take up a banking reform bill, even after President Trump challenged lawmakers to pass a sweeping background checks bill in the wake of the school shooting in Parkland, Fla.

On immigration, a federal court order blocking Trump’s effort to end an Obama-era program protecting Dreamers, immigrants brought into the country illegally as children, has taken the pressure off Congress to act.