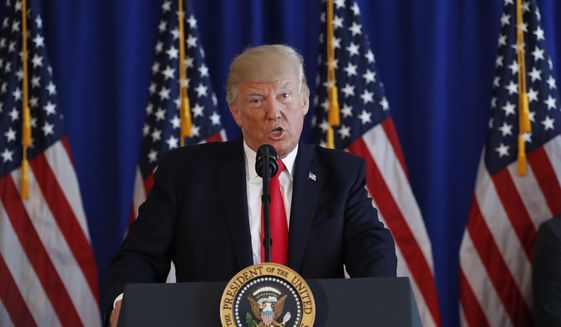 President Trump called for unity Saturday in the wake of clashes between white supremacists and counter-protestors in Charlottesville, Virginia, demanding “the division must stop, and must stop right now.”

“Ideally we have to love each other,” Mr. Trump said from his golf club in New Jersey, where he’s taking a working vacation, and was signing into law a veterans health bill.

Lawmakers from all sides of the political debate condemned the white nationalists who were rallying in Virginia, and most of them also condemned the counter-protests that combined for riots that reportedly left one person dead.

The president said he offered federal assistance to Gov. Terry McAuliffe in a conversation earlier in the day.

213 Comments - what are your thoughts?