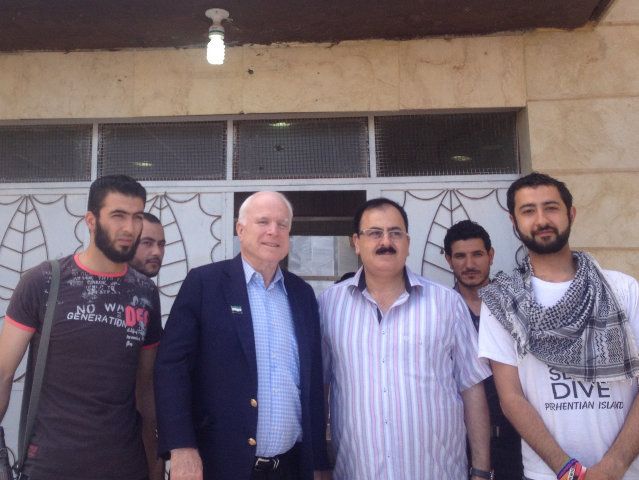 Sen. John McCain (R-AZ) and his aides swear the Syrian “rebels” he was pictured last year with weren’t ISIS members or supporters, and the mainstream media is by and large buying the 2008 GOP presidential nominee’s story.

But a closer look at the situation tells perhaps a different story than McCain’s office or the mainstream media have pushed.

The criticism of McCain centers around how the Arizona senator met with Syrian rebel leaders in May 2013 when he visited the country. McCain posed for photographs with those people, and since then rumors have sprouted up across the Internet that he met with ISIS or some other terrorist kidnappers or nefarious forces.