Anti-Trump alliance off to a rocky start 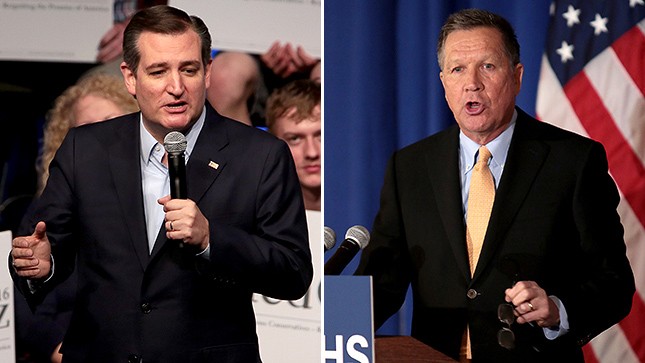 An uneasy alliance between Ted Cruz and John Kasich meant to block Donald Trump’s path to the GOP presidential nomination got off to a rough start on Monday.

After Trump’s two final rivals announced a deal intended to better Cruz’s chance of winning Indiana’s primary, Kasich suggested during a campaign stop in Philadelphia that his supporters in Indiana should vote for him regardless.

Trump, for his part, seized on the pact as obvious collusion, using it to buttress one of the central claims of his campaign: that he and his supporters are the targets of establishment GOP forces conspiring against them.

161 Comments - what are your thoughts?