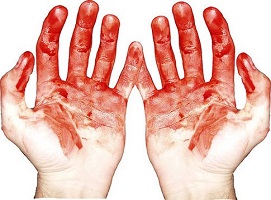 The president of the Baltimore City Council apologized for calling rioters “thugs” at a press conference Tuesday, calling those responsible for the violence “misdirected” youths.

“We are all Baltimoreans,” Young said.

Almost 200 people were arrested during Monday night’s riots. At least 144 vehicles and 15 buildings were burned, according to the mayor’s office. The notorious Bloods and Crips have agreed to join together and protest police.