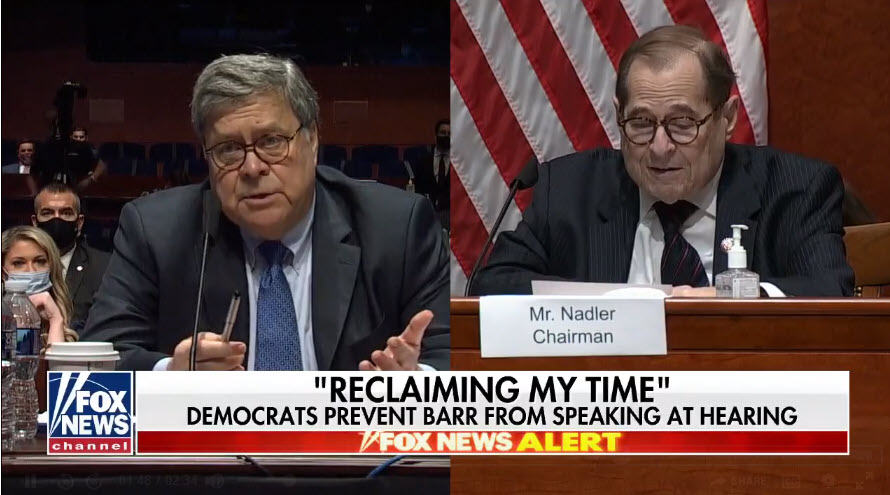 He came, he saw, he ate their lunch. Bill Barr, denied a meal break, feasted instead on a gaggle of Democratic amateurs.

Another congressional hearing, another Dem disaster. They planned a public hanging of the attorney general and spent weeks constructing their scaffold. He is corrupt, a liar, a toady, they and their media handmaidens assured us, and the House Judiciary Committee will reveal all.

Two obstacles quickly became apparent. The first is that the Dems were led by Rep. Jerry Nadler, whose rabidness is exceeded only by his haplessness.

The start was delayed because Nadler was in a minor car accident. That was obviously an omen, but Nadler doesn’t take hints, so he plowed forward into a head-on crash with a heavyweight opponent superior in ­every way.