Before O-Care debacle, Sebelius made many trips to White House

by Kevin Bogardus and Jonathan Easley, The Hill
February 13, 2014 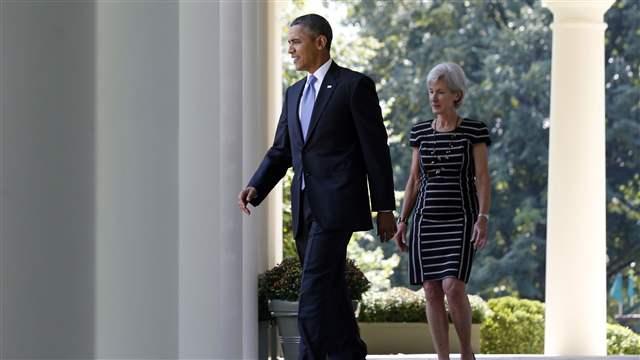 Health and Human Services Secretary Kathleen Sebelius was in frequent contact with President Obama and senior White House aides before the disastrous launch of the federal ObamaCare exchange last year.

While Sebelius has said the president was not aware of HealthCare.gov’s problems, more than 750 pages of documents obtained by The Hill through a Freedom of Information Act request show she made scores of visits to the White House.

The documents reveal that Sebelius met with or attended calls and events with Obama at least 18 times between Oct. 27, 2012, and Oct. 6, 2013, including at least seven instances in which the two were scheduled to discuss the new healthcare law, according to the secretary’s draft schedules.

She had breakfast or lunch with Pete Rouse, considered one of Obama’s closest advisers, at least three times. Moreover, Sebelius had scheduled calls or meetings with Valerie Jarrett, an Obama confidante, and White House chief of staff Denis McDonough.

Sebelius also met with or had calls with Chris Jennings, then a White House senior healthcare adviser, at least seven times in the roughly yearlong period.