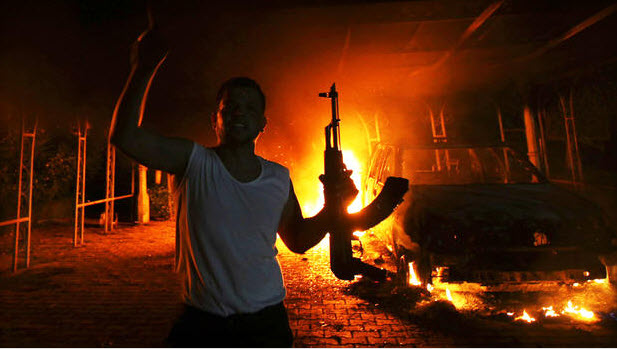 More than 100 pages of documents were released to the conservative watchdog group Judicial Watch as part of a Freedom of Information Act lawsuit. Among them was a Sept. 14, 2012, email from Ben Rhodes, an assistant to the president and deputy national security adviser for strategic communications.

The Rhodes email, with the subject line: “RE: PREP Call with Susan: Saturday at 4:00 pm ET,” was sent to a dozen members of the administration’s inner circle, including key members of the White House communications team such as Press Secretary Jay Carney.

In the email, Rhodes specifically draws attention to the anti-Islam Internet video, without distinguishing whether the Benghazi attack was different from protests elsewhere.