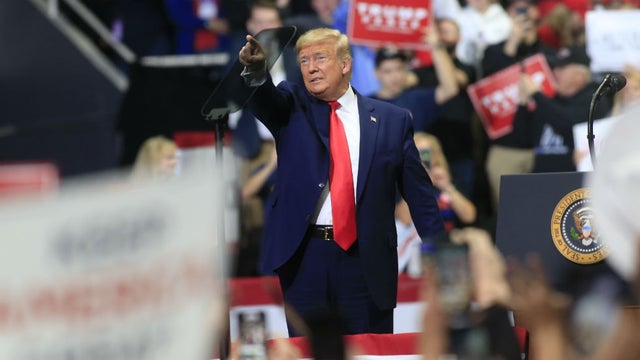 The November election is just about one week away, but Democratic presidential nominee Joe Biden has no campaign events scheduled on Monday, even as President Trump heads to Pennsylvania looking to erase the former vice president’s lead.

The Trump campaign has frequently taken aim at Biden for his lack of campaign events — Trump has dubbed his Democratic opponent “basement Joe” — and reiterated that criticism on Monday.

“No events for Joe Biden today???” Jason Miller, a senior adviser for the Trump campaign, tweeted. “He’s lid crazy!” (Calling a lid refers to a candidate or campaign indicating to the press that they will not hold any more events, typically for the remainder of day).

Although the Biden campaign has not advertised any campaign events on Monday, the candidate is expected to visit several swing states in the days ahead, starting with a visit to Georgia on Tuesday.

An average of polls by RealClearPolitics shows Biden with a solid lead nationally, although it’s tighter in the key battleground states candidates need to win to reach 270 electoral votes — including Pennsylvania.

Here’s how the presidential campaigns will be spending Monday, Oct. 26, 2020.

President Trump
Trump is slated to travel to Pennsylvania this morning for three campaign rallies. The president will kick off the day with remarks on the American workers at a rally in Allentown. From there, Trump will head to Lititz — population 9,369 — for his second rally of the day, which is scheduled to begin at 1:30 p.m. EST.

Trump will conclude the spree of rallies in Martinsburg, about two hours west of Harrisburg.

Pennsylvania is a crucial battleground state that Trump narrowly won in 2016 against Hillary Clinton. But an average of polls from RealClearPolitics shows Biden with a 5.1 percentage-point lead.

Democratic presidential nominee Joe Biden
The Biden campaign has not released the former vice president’s schedule for the day.

Vice President Mike Pence
The vice president will travel to Minnesota for a campaign rally in Hibbing. The event comes just one day after at least five aides to Pence tested positive for COVID-19, including his chief of staff Marc Short.

Pence tested negative for COVID-19, a spokesperson for the vice president said, and will maintain his campaign schedule “in accordance with the CDC guideline for essential personnel.”

Democratic vice presidential nominee Kamala Harris
The California senator has no scheduled campaign events on Monday. Harris is expected to be in Washington for a Senate vote on Trump’s Supreme Court nominee, Amy Coney Barrett.