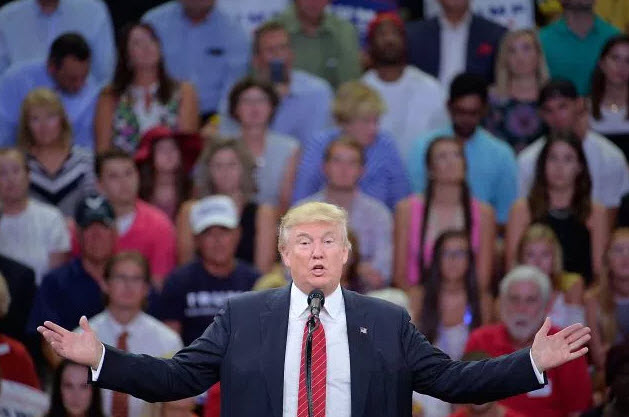 My dad always told me that conservative candidates have to work twice as hard as their liberal opponents to win elections because they’re fighting two opponents: the Democratic Party and the media.

The usual suspects from left-leaning major media outlets like The New York Times, MSNBC, CNN and even entertainment networks are doing everything in their power to ensure a Clinton victory. Look no further than to Wolf Blitzer mincing around and drinking wine at the Democratic convention, celebrating Hillary’s nomination. But the propaganda skewing this election runs much deeper than just the media: our iPhones, iPads, social media networks, Google and even video games are all in the tank for Hillary Clinton—and it’s chilling.

I began looking into how strong the bias and censorship runs in these forums after I did an interview on the pro-Trump podcast, MAGAPod. The show’s host, Mark Hammond, was disappointed Apple wouldn’t run his show without an “explicit” warning. Hammond’s podcast didn’t contain content that would be deemed explicit under Apple’s policy, and most other shows in the News & Politics category aren’t labeled as such.

On June 18, Hammond talked to Sandra, a representative from Apple. She explained that, since the description of his show is pro-Trump, his show is explicit in nature—because the subject matter is Donald Trump. So, an Apple employee concluded the Republican presidential candidate is explicit.

iTunes has dozens of podcasts discussing Osama Bin Laden and Adolf Hitler—none of which is marked explicit. I encouraged Hammond to contact Apple again, via email to their podcast support team. Within 48 hours he received a response from “Tim,” who informed Hammond that his podcast would be updated to “clean” within 24 hours.