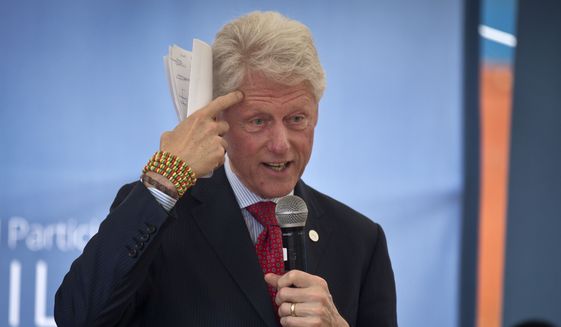 Mr. Clinton insisted that the Clinton Foundation was in the business of saving lives and helping people in impoverished countries, not trading political favors for cash, as has been alleged in a recent book.

“There is no doubt in my mind that we have never done anything knowingly inappropriate in terms of taking money to influence any kind of American government policy. That just hasn’t happened,” Mr. Clinton said in an interview aired on NBC’s “Today.”

“The lives we save and the impact we’ve had — I’m proud of it,” said Mr. Clinton, who did the interview while in Africa to tour nine of the charity’s projects.