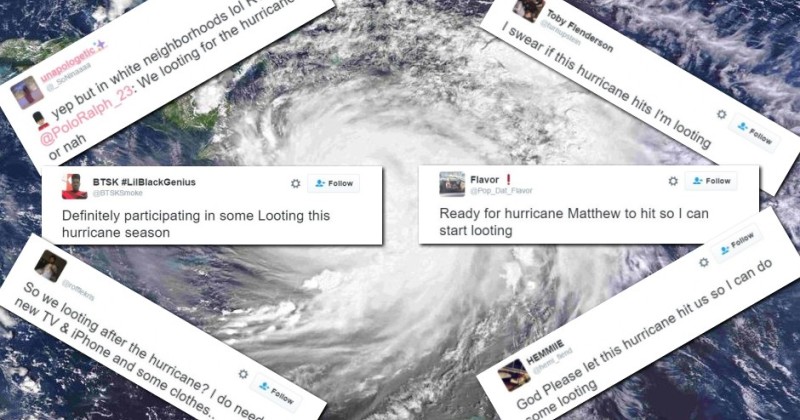 With Hurricane Matthew set to devastate the east coast, some people are preparing to callously exploit the mayhem by going on looting sprees.

The extreme weather event is hours away from launching a “potentially catastrophic” Category 5 siege on Florida’s east coast before stretching into Georgia and South Carolina, but some are more concerned about how they can hijack the chaos to commit criminal acts.

A quick Twitter search reveals dozens of messages posted by Americans living in or near the affected areas that brazenly talk about the opportunity for looting that the hurricane will provide.

“God Please let this hurricane hit us so I can do some looting,” tweeted one user.

“So we looting after the hurricane? I do need a new TV & iPhone and some clothes,” added another.

98 Comments - what are your thoughts?