Boehner defends ‘do nothing’ House, turns blame to Democrats 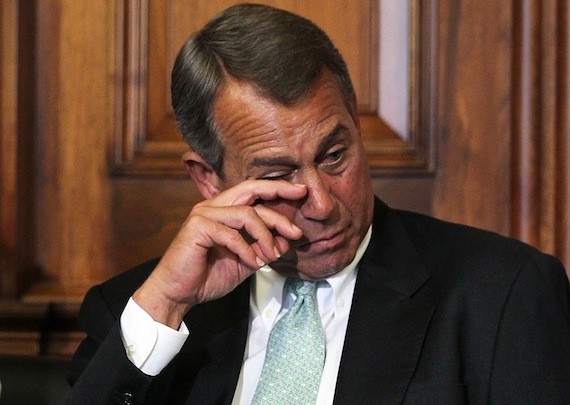 Speaker John Boehner (R-Ohio) on Wednesday defended the legislative record of the House, saying it passed nearly 150 bills aimed at boosting job creation, all of which have been blocked by Senate Democrats.

“Every single one of these bills have been blocked by Washington Democrats,” Boehner said. “The Senate and the president continue to stand in the way of the people’s priorities.”

Boehner added that the GOP is now trying to work out differences with Democrats on the budget and the farm bill, but indicated little progress so far.

“Chairman [Paul] Ryan and Chairman [Frank] Lucas have made serious, good-faith efforts to Senate Democrats,” he said. “When will they learn to say ‘yes’ to common ground? When will they start listening to the American people?”