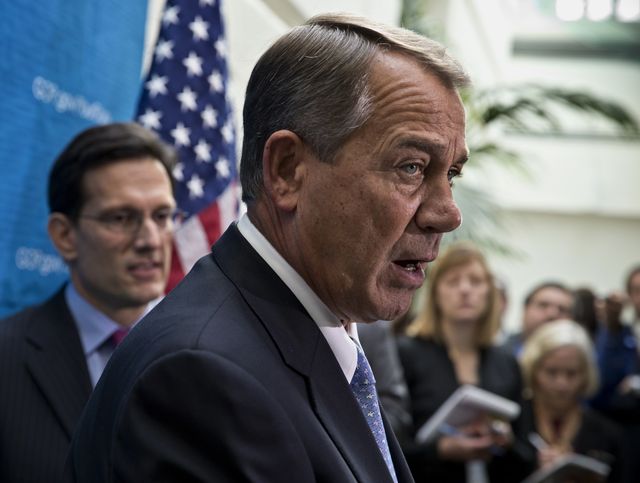 House Speaker John A. Boehner announced Tuesday that he has hired a longtime advocate of legalizing illegal immigrants to be an adviser, signaling that the Republican is still intent on trying to pass an immigration bill during this congressional session.

Immigrant rights advocates cheered the move as a sign of Mr. Boehner’s dedication to action. Those who want a crackdown on illegal immigration said the top Republican in the House has moved closer to embracing amnesty by hiring Rebecca Tallent, a former staffer for Sen. John McCain and fellow Arizona Republican Jim Kolbe.

“Tallent’s hiring suggests he really does still want to push an amnesty through the House, which to me suggests that the immigration hawks still have their work cut out for them,” said Mark Krikorian, executive director of the Center for Immigration Studies. “She is a professional amnesty advocate.”

Ms. Tallent is leaving a job as immigration policy director for the Bipartisan Policy Center and will join Mr. Boehner’s staff Wednesday, putting her in the center of one of the thorniest issues in Congress.

Mr. Boehner has become a key figure in the immigration debate. He faces immense pressure from immigrant rights activists who want legalization and from House Republicans who are warning him not to pursue legalization until the border is more secure.