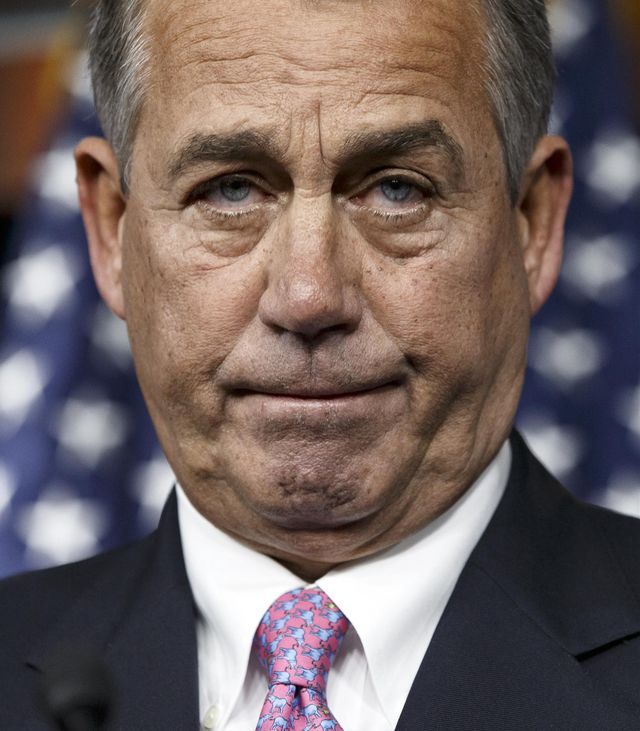 Chances for a broad immigration bill to pass this year took a major hit Thursday when House Speaker John A. Boehner ruled out any action until President Obama proves to Republicans’ satisfaction that he is serious about enforcing the laws and no longer will try to work around Congress.

Just a week after Mr. Boehner appeared to jump-start chances for immigration by releasing House Republican principles for a bill, his comments erased most of that momentum.

“Listen, there’s widespread doubt about whether this administration can be trusted to enforce our laws. And it’s going to be difficult to move any immigration legislation until that changes,” the Ohio Republican said at his weekly press conference.

Immigrant rights groups were stunned at the reversal and warned of drastic electoral consequences among Hispanic voters if Republicans refuse to act.
CNN released a poll Thursday that suggests voters care more about granting citizenship to illegal immigrants than they do about boosting border security.