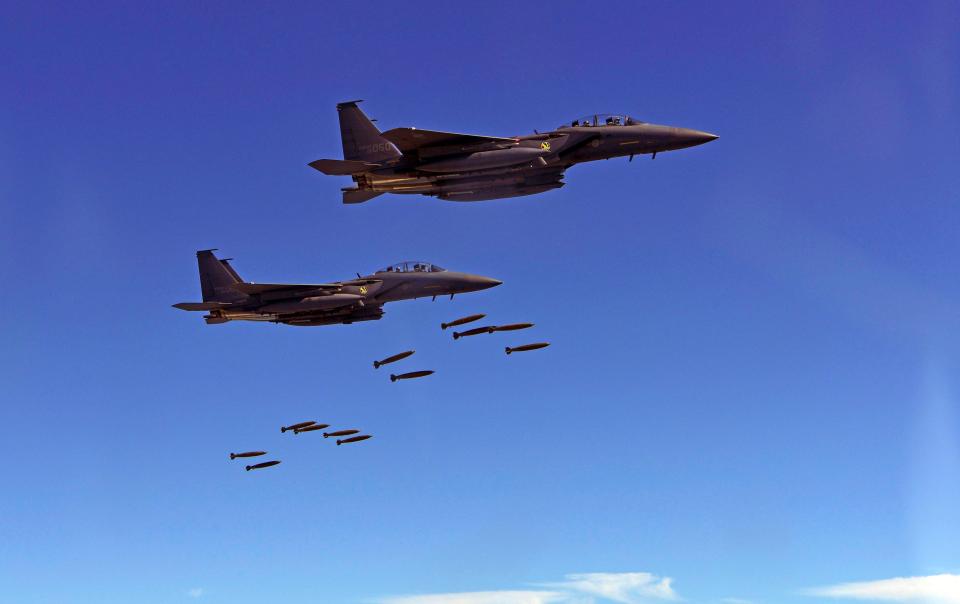 THE US staged its own terrifying show of strength today by dropping huge bombs near the North Korean border  – days after Kim Jong-un’s latest missile outrage.

The rogue state described the drills – which saw target bombing close to its border – as the “rash act” of a desperate nation.

“The wild military acts of the enemies are nothing but the rash act of those taken aback,” said Kim’s mouthpiece, the Korean Central News Agency (KCNA) said.