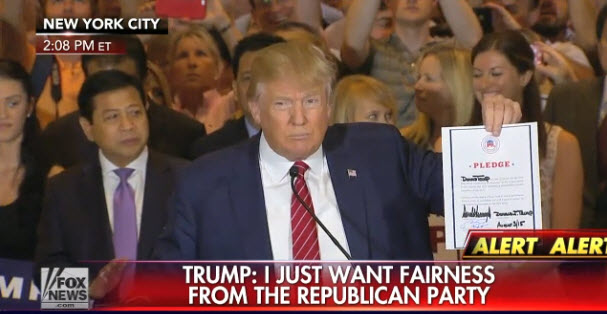 Donald Trump announced Thursday he has signed a GOP pledge not to run as an independent in 2016, after a personal appeal from the Republican Party chairman.

“I have signed the pledge,” Trump said, holding it up.

The decision by the Republican presidential front-runner helps ease concerns among party leadership that an outside Trump bid — should he not win the nomination — could threaten the party’s chances in the general election by peeling off votes.