Buckle up, Dems — it’s gonna be a bumpy ride as 2014 Republican wave builds 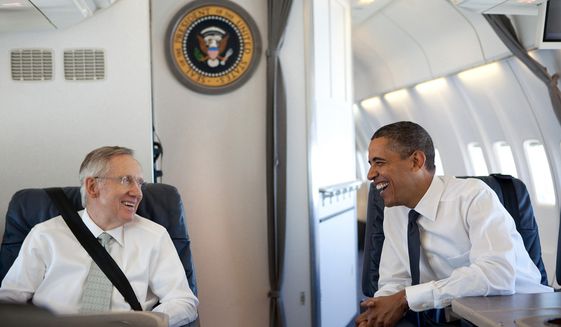 Republicans lead Democrats by six points, 50 percent to 44 percent, on the generic congressional ballot among likely voters in a new ABC/Washington Post poll released one week from election day.

Democrats have a five-point edge among women, 49 percent to 44 percent, but the GOP has a 17-point lead among men, 56 percent to 39 percent. Republicans are also winning independent likely voters by 17 points, 54 percent to 37 percent.

Illustrating the turnout problem Democrats could have as election day approaches and early voting is already underway in a number of states, Democrats actually have a three-point advantage on the congressional ballot question among a broader pool of registered voters.

Republicans appear to be buoyed by the sputtering approval ratings of President Obama. His approval rating stands at 43 percent in the poll, compared to 51 percent of voters who disapprove. Disapproval of Mr. Obama also rises to 56 percent among those deemed likeliest to vote.