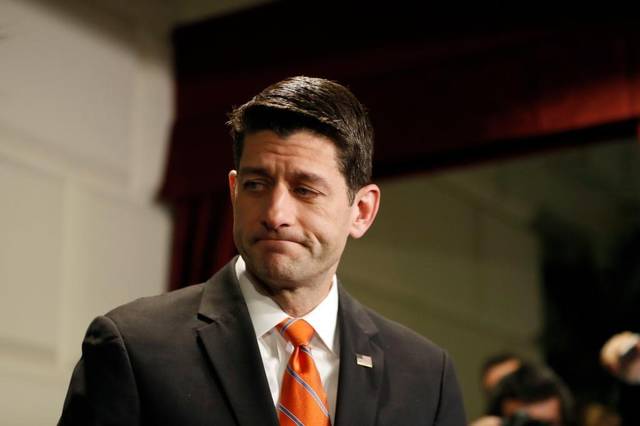 WASHINGTON | Republicans exulted in November when they won the White House and both congressional chambers, promising aggressive moves on health care, taxes and immigration.

But a spectacular stumble on the first agenda item amid intra-party squabbles begs the question of whether the party will be able to get anything done if it can’t deliver on a promise it has made for nearly a decade.

“We were a 10-year opposition party, where being against things was easy to do,” said House Speaker Paul Ryan, faced with the biggest loss of his career. “And now in three months’ time we tried to go to a governing party. We will get there, but we weren’t there today.”

Ryan got his job after House Speaker John Boehner stepped down, often pressed by a raucous conservative wing to take a harder line. But though conservative members groused about Ryan’s handling of the legislation – saying he had boxed out various factions, many expressed confidence Friday that he’d retain his seat – for practical reasons, as well as political.

154 Comments - what are your thoughts?