by By Stephen Dinan - The Washington Times
November 20, 2018 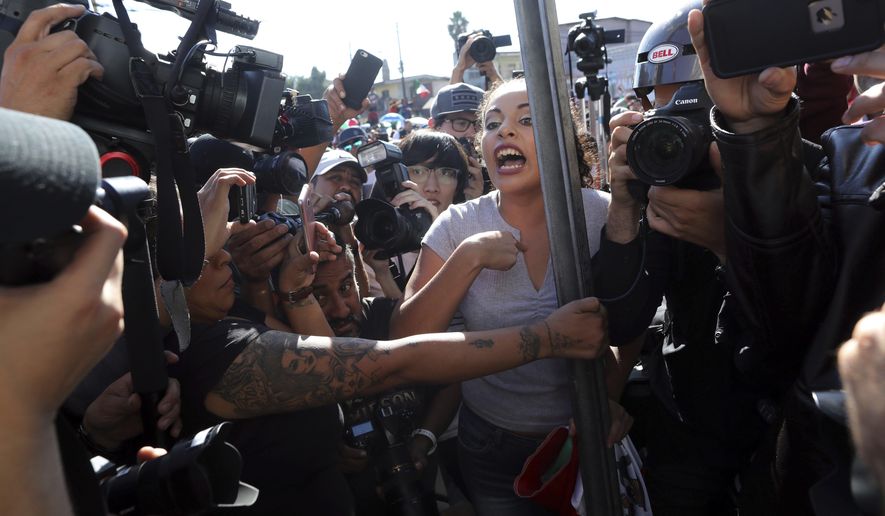 Homeland Security rushed to barricade part of the country’s busiest land border crossing Monday after learning that some of the thousands of migrants massed on the Mexican side were planning to attempt a kamikaze run to sneak in.

As many as 10,500 migrants are currently camped in Tijuana and elsewhere in Mexico, officials said, most of them part of the caravans of Central Americans that broke into Mexico last month, overwhelming authorities on that country’s southern border.

Intent on avoiding those chaotic scenes here, U.S. Customs and Border Protection shut down northbound lanes of traffic at the San Ysidro Port of Entry between Tijuana and San Diego for three hours early Monday, using that time to add more razor wire and barricades they hope would cut down on a mass incursion.

The maximum 26 entry lanes for vehicles have also been reduced to 15, meaning the caravans are now threatening legal commerce and cross-border visitors, officials said.