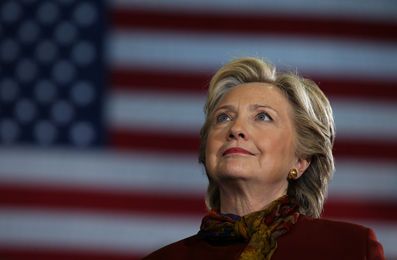 The Clinton campaign on Sunday denied assertions that it thinks the White House race is now a lock and has moved toward trying for a blowout victory over Republican rival Donald Trump while attempting to take control of the Senate.

Mook made the comment one day after Clinton, the Democratic presidential nominee, devoted a big chunk of her speech in Pittsburgh to touting Katie McGinty, the Democrat challenger for a Senate seat in Pennsylvania, and trying to connect the GOP incumbent, Sen. Pat Toomey, to Trump.

“If he doesn’t have the courage to stand up to Donald Trump, are you sure he’ll be able to stand up for you?” Clinton asked the crowd.

When asked about the speech afterward, Clinton told reporters, “As we’re traveling in these last 17 days, we’re going to be emphasizing the importance of electing Democrats down the ballot.”