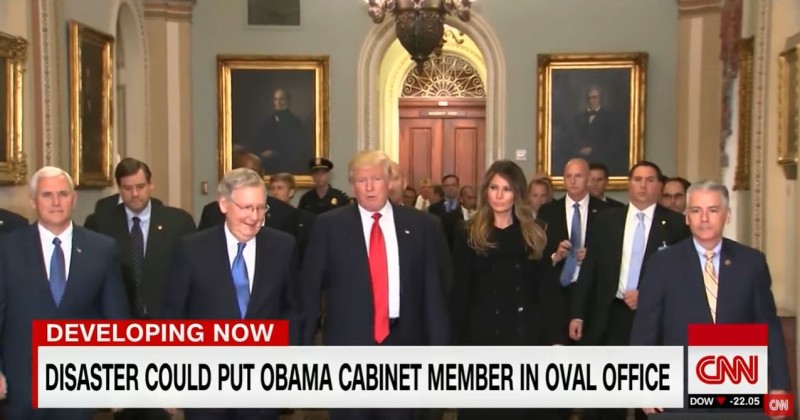 CNN has been criticized for airing a report which revealed that an Obama appointee would become president if Donald Trump was killed during an attack on the inauguration tomorrow.

Entitled Disaster could put Obama cabinet member in Oval Office, the report admits that there is no specific threat targeting the inauguration, but goes on to speculate about “who would be in charge if an attack hit the incoming president….just as the transfer of power is underway”.

An individual named the “designated presidential successor” will not attend the inauguration as a security precaution, “but it won’t be a Trump cabinet secretary….it will be an Obama appointee,” reports CNN.

The report emphasizes that “a president from the prior administration” will take power if there is an attack due to the fact that none of Trump’s cabinet secretaries have been confirmed yet.

According to CNN, the designated presidential successor is likely to be Tom Shannon, the Under Secretary For Political Affairs, and an Obama appointee.