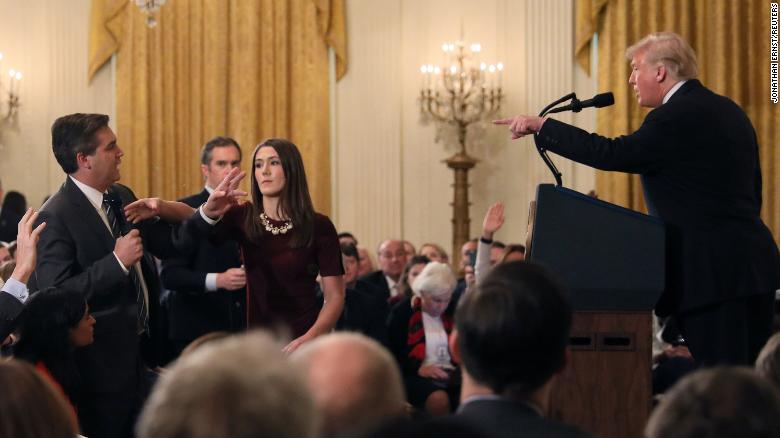 White House press secretary Sarah Sanders confirmed Acosta’s tweet in a statement, claiming the suspension of his press credentials stemmed from his “placing his hands on a young woman just trying to do her job as a White House intern.” She called the behavior “absolutely unacceptable.”

The CNN reporter, during a news conference at the White House earlier Wednesday, got into a heated debate with Trump after he asked the president about the migrant caravan. Trump told Acosta to let him do his job.