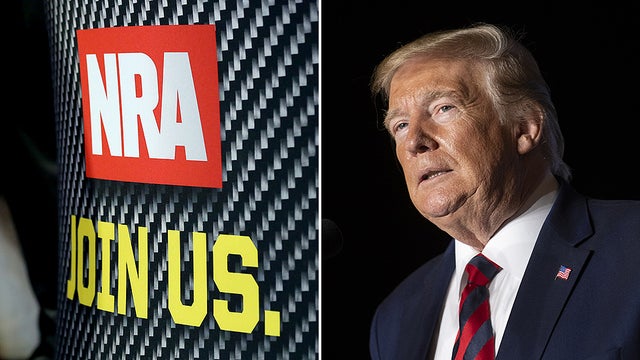 Trump takes victory lap after Republicans win in North Carolina Democratic governors call on Trump, McConnell to support gun control measures Republican pulls off critical win in North Carolina and his Republican allies are conflicted over whether to move forward with expanded background checks, a proposal that has overwhelming public support but risks a clash with the National Rifle Association and other Second Amendment advocates ahead of the 2020 election.

The overwhelming majority of the Senate GOP conference is already on the record as opposing a compromise measure to expand background checks sponsored by Sens. Pat Toomey (R-Pa.) and Joe Manchin (D-W.Va.), which the Senate defeated in 2013 and 2015.

But many of them are likely to flip if Trump endorses a proposal to strengthen background checks, an idea that has consistently garnered strong ratings in public polls.