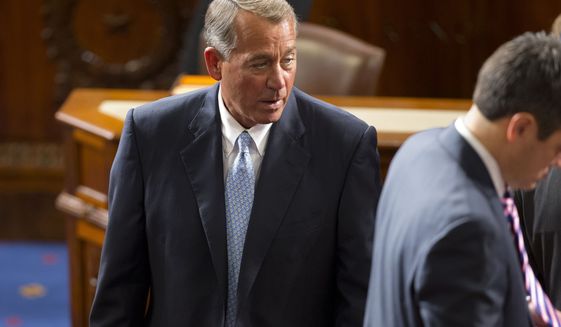 Conservatives’ rebellion against Rep. John A. Boehner fell short Tuesday, as he earned enough votes to win a third term as speaker of the House — though the contentious afternoon vote underscored the continued strain within the GOP.

Mr. Boehner received 216 votes, topping Democratic Rep. Nancy Pelosi, who earned 164. But the key contest was within the GOP, where a group of conservatives displeased with Mr. Boehner’s leadership advanced a series of alternatives.