Conservatives look for alternative to Cantor 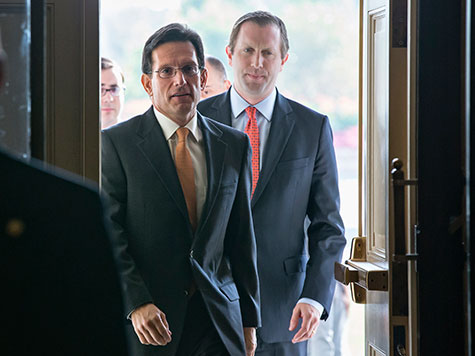 Eric Cantor has never been closer to wielding the speaker’s gavel, but he may want to keep an eye over his right shoulder.

As speculation heats up about whether Speaker John Boehner will return in 2015, Cantor is in the midst of a kind of shadow job interview with House conservatives, and it isn’t going all that well.

Cantor recently enraged many Republicans by sneaking a Medicare bill through the House by voice vote. Days later, a provision in the bill that expanded Obamacare coverage became public, prompting high-profile scrutiny from the Drudge Report. Making matters worse, Boehner had been out of town for the vote, putting blame for the incident squarely on Cantor’s shoulders.

The Virginia Republican also drew flak for attending a tropical summit organized by a group working to undermine the Tea Party. ForAmerica President Brent Bozell described the move in a phone interview as providing “aid and comfort to an organization devoted to destroying the Tea Party.”