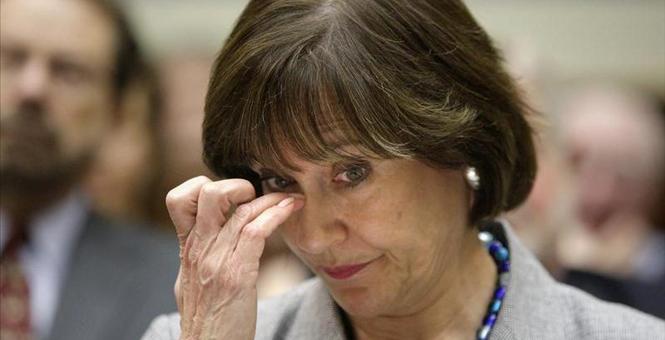 According to the House Ways and Means Committee, the IRS has “lost” two years of emails belonging to former head of tax exempt organizations Lois Lerner. The IRS doesn’t have a record of her emails to outside groups or government agencies from January 2009 through April 2011, conveniently encompassing some of the same time when tea party groups were being targeted for extra scrutiny and possible criminal prosecution. The IRS says the loss of emails is due to a “computer crash” and claims emails from or to Lerner from the White House, Democratic members of Congress, the Treasury Department and Department of Justice cannot be located. They do however have emails belonging to Lerner that she sent to other IRS employees.

“The fact that I am just learning about this, over a year into the investigation, is completely unacceptable and now calls into question the credibility of the IRS’s response to Congressional inquiries. There needs to be an immediate investigation and forensic audit by Department of Justice as well as the Inspector General,” Ways and Means Committee Chairman Dave Camp said in a statement. “Just a short time ago, Commissioner Koskinen promised to produce all Lerner documents. It appears now that was an empty promise. Frankly, these are the critical years of the targeting of conservative groups that could explain who knew what when, and what, if any, coordination there was between agencies. Instead, because of this loss of documents, we are conveniently left to believe that Lois Lerner acted alone. This failure of the IRS requires the White House, which promised to get to the bottom of this, to do an Administration-wide search and production of any emails to or from Lois Lerner. The Administration has repeatedly referred us back to the IRS for production of materials. It is clear that is wholly insufficient when it comes to determining the full scope of the violation of taxpayer rights.”