by By David Sherfinski - The Washington Times
March 3, 2018 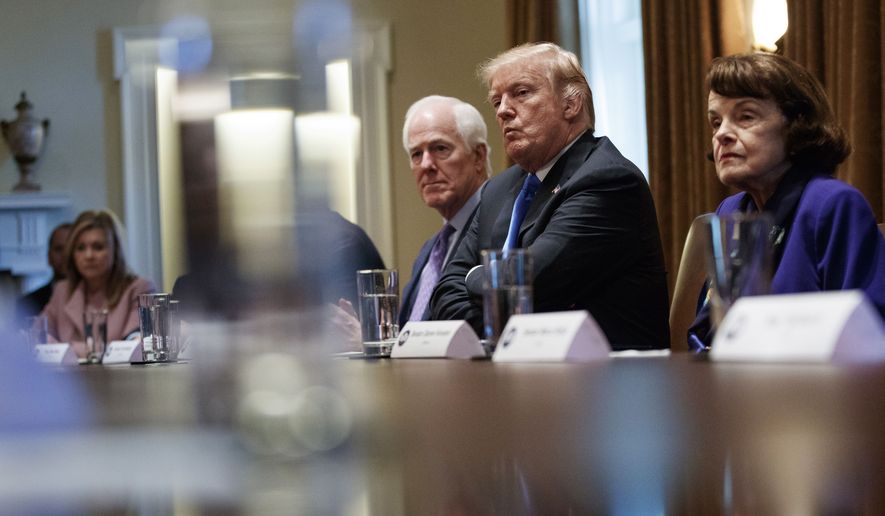 “He called me last night sort of to clarify his position, at least from a legislative standpoint, that he supported the … bipartisan background check bill that I’ve introduced,” the Texas Republican told reporters in Austin.

Mr. Cornyn said Mr. Trump is open to other ideas, like measures to improve school safety and dealing with mental health issues.

“I don’t think he’s foreclosing any of those, but I think he realizes that the best way to get a result is to start with a consensus bill like the background check bill that I introduced after Sutherland Springs and then go from there,” he said.