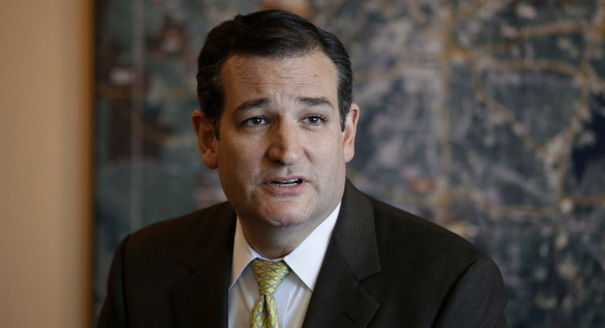 Sen. Ted Cruz (R-Texas) explained fellow Republican senators’ anger over his filibuster of the debt-ceiling vote by saying that they hate being “forced to tell the truth.”

“In the 13 months I’ve been in the Senate, it has become apparent to me the single thing that Republican politicians hate and fear the most, and that is when they’re forced to tell the truth. It makes their heads explode,” Cruz told radio host Mark Levin Thursday.

Cruz tried to filibuster a vote in the Senate to raise the debt ceiling Wednesday, forcing the approval of 60 senators instead of a simple majority. That required Senate Minority Leader Mitch McConnell (R-Ky.) to take a politically risky vote in favor of the increase.

“Make no mistake about it, this was their desired outcome,” Cruz said. “A lot of the Republicans wanted exactly what Barack Obama wanted, exactly what Nancy Pelosi wanted, exactly what Harry Reid wanted, which is to raise the debt ceiling, but they wanted to be able to tell what they view as their foolish, gullible constituents back home they didn’t do it.”