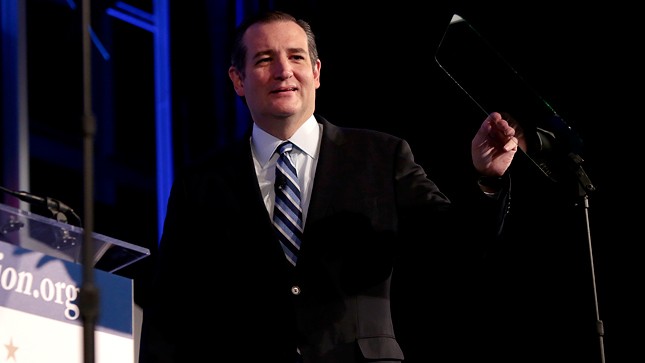 Sen. Ted Cruz won the Values Voter Summit straw poll for the third year in a row on Saturday, a strong showing of support from evangelical voters for his 2016 presidential bid.

The firebrand Texas senator won a whopping 35 percent in the poll of summit-goers, ahead of runner-up Ben Carson’s 18 percent. That margin is significantly wider than last year, where he edged out Carson by just 5 percentage points.