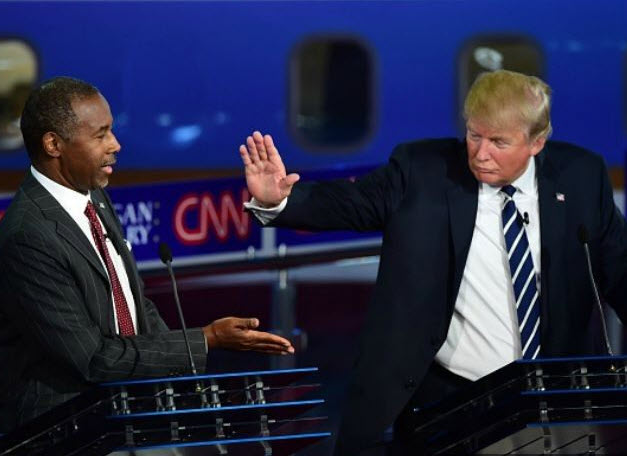 Ben Carson is in a virtual tie with Donald Trump in a new NBC/WSJ 2016 poll, each grabbing a fifth of Republican primary voters.

Donald Trump and Ben Carson are running neck and neck in the national Republican presidential horserace, while Carly Fiorina is now tied for third place with Sen. Marco Rubio (R-FL), according to the latest NBC News/Wall Street Journal poll.