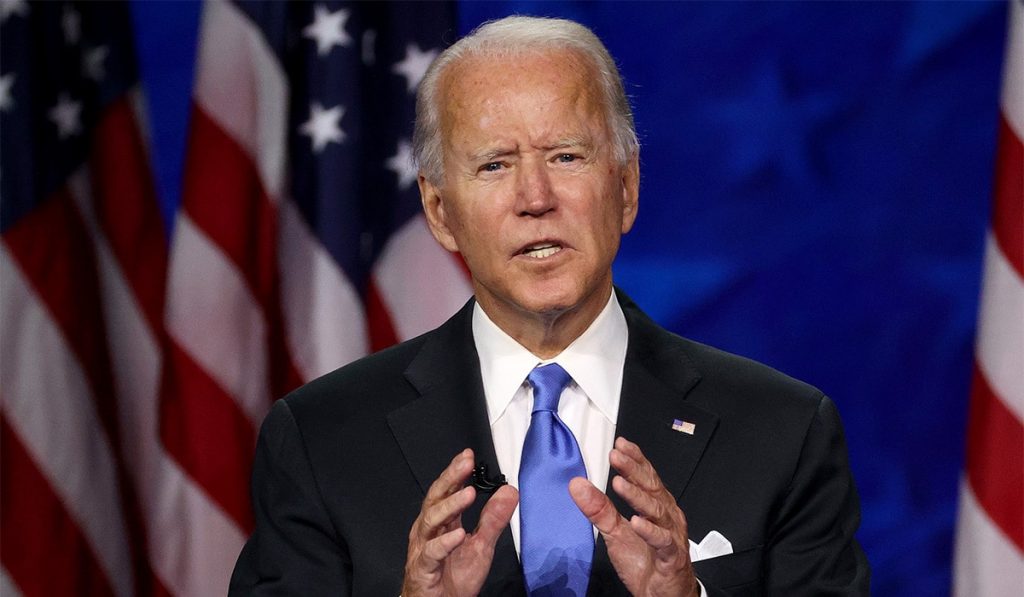 Among the allegations: dead voters, votes from thousands who no longer live in Nevada, and a van marked “Biden-Harris” full of opened mail-in ballots.

Former Nevada Attorney General Adam Laxalt, who is helping Trump’s legal effort in the state, detailed grievances that the campaign has with mail-in ballot signature verification in Clark County, Nevada, which accounts for the vast majority of voters in the state.

“We were told that signature verification will save all chances of fraud,” Laxalt said in front of a crowd of around 50 pro-Trump protesters on Sunday.

Laxalt identified several complaints about the more than 600,000 mail-in votes cast in Nevada. Laxalt said about 200,000 of those were verified through a machine, and never by a human. He also charged that Clark County registrar of voters Joe Gloria set the factory setting on the machine to accept signatures with an only 40% match.

A federal judge on Friday blocked a Trump campaign attempt to stop the use of the machine that validated voter signatures on mail-in ballots.

Another 400,000 of those mail ballot signatures were verified by hand, but Laxalt said that the campaign is not able to view those.

“I am positive, if you all got to see those,” Laxalt said, “you’re going to see countless mismatches.”

At the Sunday news conference, American Conservative Union Chairman Matt Schlapp joked that a small pug dog that someone had brought to the protest may have voted before he detailed the kind of eye-popping allegations that quickly spread on social media.

He noted two reports the Republican Party received of deceased people who “miraculously” cast ballots in the general election: Rosemarie Hartle and Fred Sokes Jr., both of whom died in 2017.

A woman who said she was a family friend of Hartle, Marianne Rombola, spoke out about the fraudulent vote.

“It is heartbreaking what is happening in America, and for this family to be exploited, or anybody who has faced a tragedy in losing somebody and their vote has been counted as a person — this is just not America,” Rombola said. “These things need to be heard and taken care of.”

Schlapp mentioned one whistleblower who worked in a ballot counting center and signed an affidavit alleging that a supervisor instructed the person to process mail-in ballots despite concerns about whether the signature matched the name on the envelope.

Schlapp said that another whistleblower from a ballot counting center, while taking a walk around the counting center on his lunch hour, “noticed a van pulled up at the center marked Biden-Harris.”

“The doors of the van were open, ballots were clearly visible, ballots were open with letter openers, and ballots were filled in and resealed in envelopes,” Schlapp said. “These people who were involved in this activity then decided to create a human shield around what they were doing in the van.”

Schlapp said that at least 9,000 people who moved out of state voted in Nevada’s election. Trump’s campaign previously sent to the Justice Department a list of more than 3,000 Nevada voters who, according to a national change of address database, no longer live in the state. Only an estimated third of people update their address in the database, so triple the number of voters on that list comes to about 9,000.

Laxalt dodged a question from the Washington Examiner about whether the Trump campaign’s legal challenges, if successful, could tip Nevada to Trump’s corner in the Electoral College. Apparent presidential election winner Joe Biden currently leads in the state by about 34,300 votes.

He expressed disappointment with what he said was the question he is “seeing out of the media now, which is, ‘Have we produced enough illegal voters to overturn the election?'” He asserted: “That, of course, is an absurd question. Let’s first start covering the fraud and now acknowledge that there are illegal voters.”