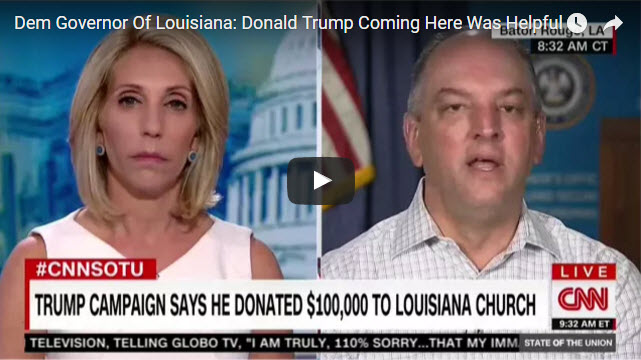 In an interview on CNN’s “State of the Union,” the governor downplayed critical remarks he made before the Republican presidential nominee visited his state.

“I didn’t dismiss his trip as a photo-op. Before he came down, I said we welcome him here, we want him to be helpful,” Edwards said. “And we hope that it doesn’t turn into a mere photo-op.”

Edwards said Trump’s visit to the state was positive for Louisiana.

“Because it helped to shine a spotlight on Louisiana and on the dire situation that we have here, that it was helpful,” he said.