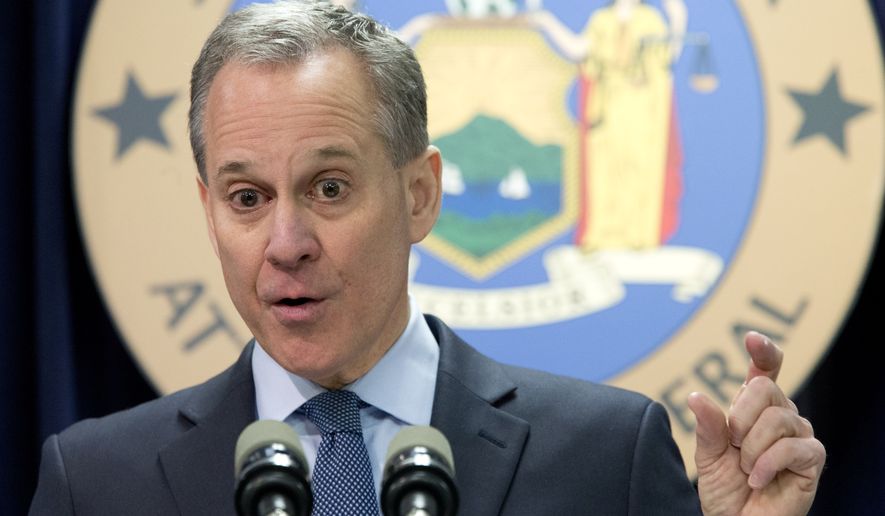 In the hours before they took the stage for their March 29 press conference, Democratic attorneys general received a secret briefing from two top environmentalists on pursuing climate change dissenters.

Peter Frumhoff of the Union of Concerned Scientists and the Climate Accountability Institute’s Matt Pawa spent 45 minutes each providing talking points behind the scenes on “the imperative of taking action now” and “climate change litigation,” according to a cache of emails released over the weekend by the free market Energy & Environmental Legal Institute.

For climate change groups, the New York press event was the culmination of four years of planning and advocacy in support of an explosive proposition: using the legal system to link fossil fuel firms and others challenging the catastrophic global warming consensus to fraud and even racketeering, the emails and other documents show.

The effort paid off. At the press conference, which included former Vice President Al Gore, a coalition of 16 Democratic attorneys general and one independent — Virgin Islands Attorney General Claude E. Walker — announced that they would use the power of state government to explore legal avenues to challenge climate change dissent.

Four of the attorneys general have reportedly launched investigations into Exxon Mobil Corp., and Mr. Walker has issued a subpoena for 10 years worth of climate change documents and communications from the Competitive Enterprise Institute, a free market think tank.