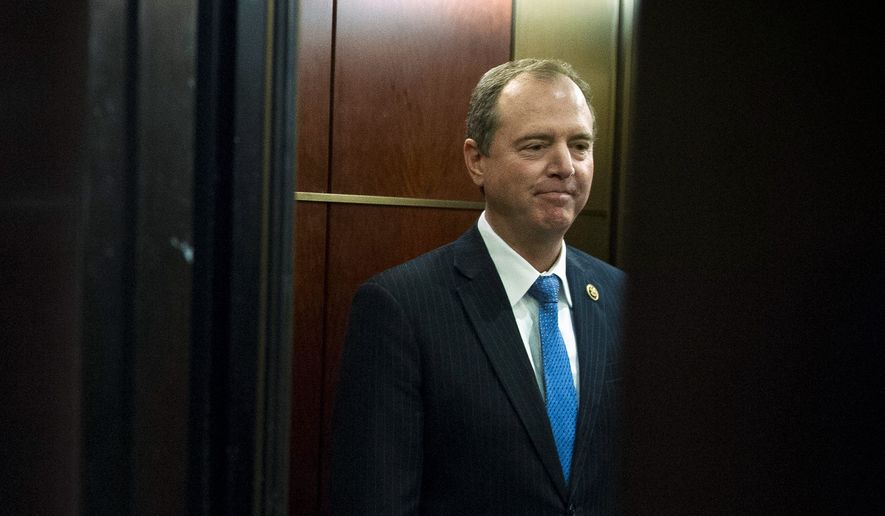 Democrats have marked the first year of the House’s investigation into Russian election meddling by promoting conspiracy tales in the Christopher Steele dossier and leaking to the press more than two dozen stories, some of which Republicans contend were way off base.

Led by Rep. Adam B. Schiff of California, Democrats on the House Permanent Select Committee on Intelligence publicly kicked off the investigation on March 20, 2017, by reading a number of unverified Steele charges into the record. No line of inquiry was off limits, including Mr. Steele’s story about President Trump and prostitutes in a Moscow hotel room in 2013.

Mr. Steele wrote of an “extensive conspiracy” between the Trump campaign and the Kremlin. Mr. Trump has called the former British spy’s dossier a collection of fiction. In an April court filing, Mr. Steele backed off his strongest claims and talked only of “possible coordination.”

Since March 20, as testimony about suspected collusion went into the recesses of the U.S. Capitol’s sensitive compartmented information facility (SCIF), Democrats began a pattern of leaking to favored media, sometimes as a witness was still testifying.