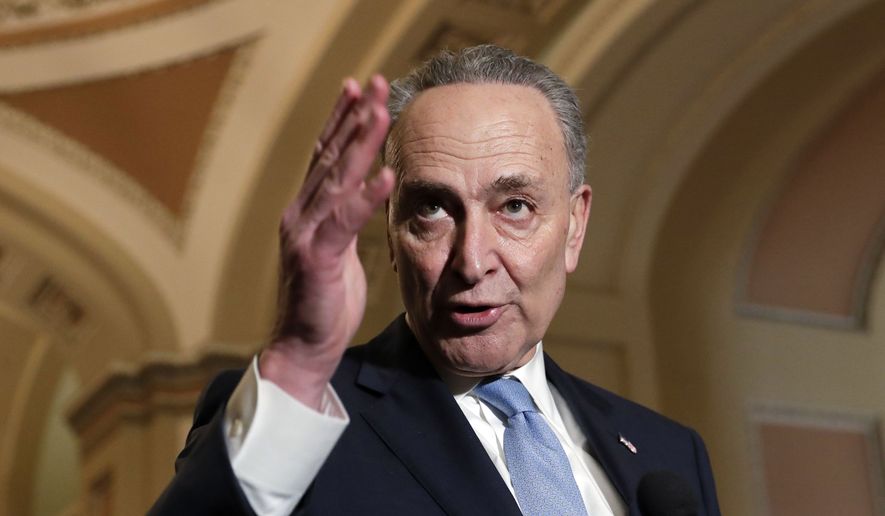 Democrats blocked an attempt Tuesday to crack down on sanctuary cities as they tried to steer the Senate’s immigration debate toward their goal of legalizing “Dreamers” and away from major new security or policy changes that might upend the current immigration system.

After weeks of complaining about the lack of time to debate immigration, senators are now two days deep into the debate and have yet to raise a single proposal on the chamber floor.

Republican leaders said the lack of action showed Democrats were looking to score political points, but Democrats said they’re waiting for a bipartisan deal to emerge, and don’t want the Senate to stray beyond strict boundaries of amnesty for Dreamers and limited border security enhancements.

Majority Leader Mitch McConnell said he’s giving senators this week only to debate immigration, saying they’ve been talking about the matter for months and should have been itching to go with their ideas.

“We’ll need to wrap this up this week,” the Kentucky Republican said. “If there are 60 votes for any of these proposals