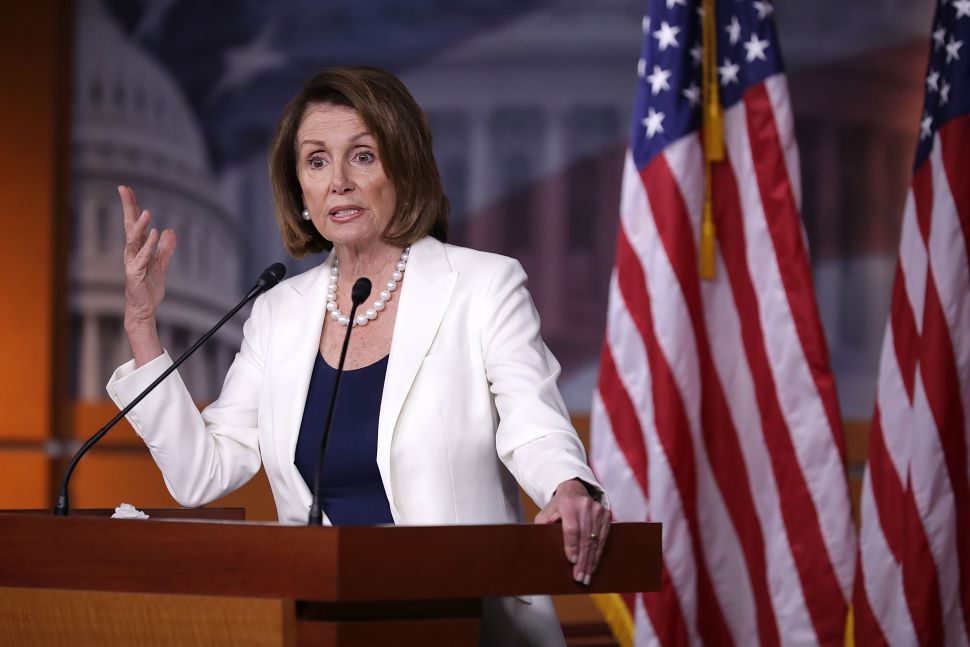 House Democrats on Tuesday unveiled a resolution to outline the next phase of their impeachment inquiry that will bring their case before the public after weeks of closed-door witness testimony.

It also allows Republicans to request witness testimony and documents, similar to previous impeachment inquiries. But Democrats on the Intelligence panel still have the ability to block the requests.

Later Tuesday, the House Judiciary Committee released a set of procedures for its impeachment hearings pursuant to the resolution. The procedures allow the president and his counsel to attend hearings, question witnesses and provide evidence.

The resolution is expected to hit the House floor on Thursday.

All but a handful of House Democrats have formally backed the impeachment inquiry since it was launched last month, meaning the resolution is likely to pass easily.

But those Democrats represent competitive swing districts and have been wary of impeachment from the start.

At least one, Rep. Jefferson Van Drew (D-N.J.), said Tuesday that he expected to vote against the resolution.

“It’s going down the impeachment road more. I’ve always said originally I wasn’t for the impeachment hearing, that I thought it should just be an investigation. And I’m still in the same position, so why would I vote for something now that I said I wasn’t going to vote for before?” Van Drew asked.

Rep. Joe Cunningham (D-S.C.), meanwhile, had avoided taking a position on impeachment up to now. But a spokeswoman confirmed Tuesday that he will vote for the resolution.

The resolution is not meant to formally authorize the impeachment inquiry that is already ongoing, as Republicans and the White House had been demanding for weeks. Democratic leaders maintained that a vote was unnecessary because the committees already had subpoena power thanks to rules changes established when Republicans last held the House majority.

But the resolution does state that the relevant committees involved in investigating the Trump administration “are directed to continue their ongoing investigations as part of the existing House of Representatives inquiry into whether sufficient grounds exist for the House of Representatives to exercise its Constitutional power to impeach Donald John Trump, President of the United States of America.”

Democratic leaders stressed that the vote was needed for the transition from a closed-door series of witness depositions to the public stage of the inquiry.

“The evidence we have already collected paints the picture of a president who abused his power by using multiple levers of government to press a foreign country to interfere in the 2020 election. Following in the footsteps of previous impeachment inquiries, the next phase will move from closed depositions to open hearings where the American people will learn firsthand about the president’s misconduct,” they said in a joint statement.

House Democratic Caucus Chairman Hakeem Jeffries (D-N.Y.) dismissed the notion that forcing all Democrats to go on the record about the impeachment process would put the most vulnerable members in a tough spot.

“The overwhelming majority of the House Democratic Caucus are publicly on record supporting the impeachment inquiry,” Jeffries said. “That doesn’t seem to me to be a challenge.”

But centrist Democrats were frustrated by the lack of advance notice or a coordinated message from leadership on why a vote was necessary, according to sources close to the moderate wing of the party.

Those lawmakers had more consternation about the lack of a clear messaging strategy than about having to go on the record in a floor vote, given that most have already backed the inquiry. But it’s not a vote they are especially eager to take, either.

“It’s not something that some of the Blue Dogs really want to be dealing with,” said Rep. Daniel Lipinski (D-Ill.), a former co-chairman of the group. “They came here to get legislation passed and get things done.”

Brindisi, who hasn’t yet said how he’ll vote, also appeared to be caught off guard by the announcement of a floor vote.

“I was not ready to see a resolution come out,” he said. “I’d like to know what the rationale is for doing the resolution at this point in time. Is there some new information that members aren’t privy to, that we should know before we vote on that resolution? That’s a question I’m going to ask.”

Van Drew further questioned the wisdom of holding a vote as a way to counter GOP complaints about the process.

“The Republicans very much want it. So if they very much want it, it would mean that they want to help us a whole lot and really think it’s a good idea, or they think that it was going to put us in a tight spot,” Van Drew said.

House GOP leaders are urging their members to vote against the resolution. And White House press secretary Stephanie Grisham said that the resolution “does nothing to change the fundamental fact that House Democrats refuse to provide basic due process rights to the Administration.”

Vindman is also the first current White House official to testify in the impeachment inquiry.

The resolution further outlines the format for the upcoming public hearings, which will provide for extended time for questioning and allow committee staff to cross-examine witnesses. Only Schiff and the panel’s ranking Republican, Rep. Devin Nunes (Calif.), or committee employees are allowed to ask questions.

That would be a departure from the typical format of congressional hearings, in which members of each party alternate with five minutes of questioning.

The format is similar to how lawmakers on the three committees leading the impeachment inquiry have been conducting the depositions behind closed doors in a secure facility in the sub-basement of the Capitol for the past month.

The resolution also directs the House Intelligence Committee to issue a report on its findings and recommendations.

Cunningham framed his decision to back the resolution as a way to ensure transparency in the impeachment inquiry.

“It’s something that my colleagues from across the aisle have been requesting for weeks now, so I hope this affords them some satisfaction, and overall it’s a good measure to shine some light on these hearings and make sure that we respect due process,” Cunningham told The Post and Courier.