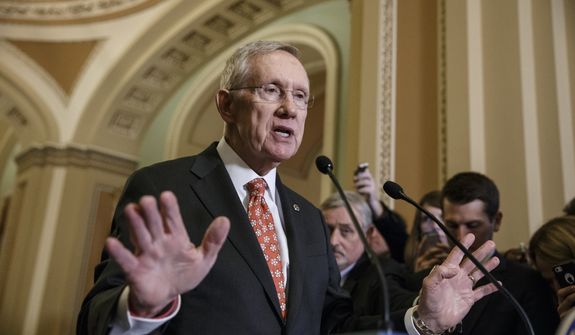 The congressional Democrats involved in writing the Affordable Care Act told the Supreme Court on Wednesday that they intended for consumers in all states to be eligible for subsidies, and they argue that the law they drafted reflects that intention.

Opponents have challenged the Obama administration’s enforcement of the law, arguing that it only allows subsidies to be paid in states that set up their own exchanges, but not to customers in most of the country who use the federal exchange.

The threat no one in Miami is talking about. New site exposes the truth about your past.
Senate Minority Leader Harry Reid, House Minority Leader Nancy Pelosi and their colleagues disputed that in a new brief filed with the Supreme Court Wednesday, saying to leave out some states would defy the entire reason they passed Obamacare — “to make health insurance affordable for all Americans.”