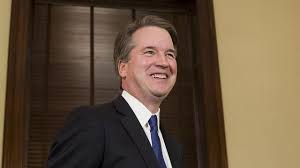 University of Virginia political analyst Larry Sabato says Democrats for the first time are the favorites to retake control of the House in this year’s midterm elections.

Kyle Kondik, managing editor of Sabato’s Crystal Ball at the university’s Center for Politics, said Tuesday that Democrats are now “soft favorites” for control of the chamber.

“For most of this election cycle the generic ballot has shown a consistent Democratic lead that suggests a very competitive battle for the majority. A high number of open seats — the highest number of any postwar election save 1992 — give Democrats many more targets than the GOP,” he wrote.

The analysis comes as Sabato shifted 17 House races in favor of Democrats, with several vulnerable Republicans, including Rep. Pete Roskam (R-Ill.), seeing their races move from “likely Republican” to “toss-up” in the ratings.