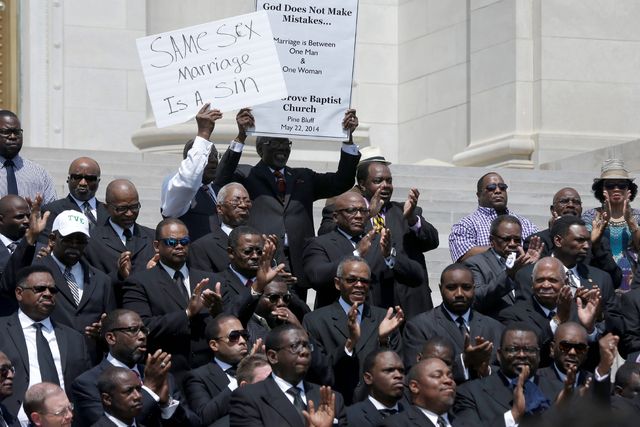 With stunning swiftness, the legal landscape for same-sex marriage has been reshaped less than a year after the Supreme Court struck down part of the federal Defense of Marriage Act.

What some thought would be a state-by-state political trickle instead has been a legal tsunami. The last state whose law against same-sex marriage hasn’t been challenged in court is set to face a lawsuit this week.

“This is for everybody, so congratulations,” said a jubilant Lindsay Vandermay, who married Ashley Wilson at the stroke of midnight Friday in Philadelphia — possibly the first same-sex nuptial in Pennsylvania’s history. 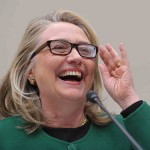 The repercussions of this evil are devastating to children. Mental illness, insecurity, confusion. Same-sex marriage is not normal and never will be, and a child knows that innately. Yet the selfishness of the homosexual parent drives the child to emulate that behavior. “If they’re 8 it’s too late” drives the movement to recruit the child. This experiment in immorality will see a reckoning one day. But what of our children in the meantime? Sacrificial lambs.

The concept of homosexuality driving the child toward”immorality” is pure bullshit. For rhe child for become whatever he or she becomes, parent, preferable a parents or parents, regardless of sexual orientation is the best needed.

When the child sees their “parents” who are gay, they will think that it is okay with God but it isn’t which is why that concept will drive the child toward immorality. Just because YOU don’t think it’s wrong, the Bible says different. The only way that child won’t be driven toward immorality is if they don’t go to church or read the Bible. I suppose you would think that’s just fine too. Now you know why our country is in the immoral mess we are in now.

The Bible aside, homosexuality is biologically abnormal.

Is there anything less gay then a same sex union? Me and my woman think that there isn’t it. So long as it is referred to as same sex I can understand but they sure as hell ain’t as gay as me and my woman!!!

Bravo for you. I’ve been thru two bisexual marriages and they worked out quite fine until one died. Never the less, I have two great sons and am overjoyed other than I cannot share it with their mother. Let everybody get the hell off the back of the LGBT so they too can share our pleasures and delights.